As a producer or sound engineer, you need to have an understanding of various aspects. From technology and tools to musical textures and arrangements. But quite often we overlook the personal aspects. Simply said: what do YOU bring into the process.

For this next blog article, we asked our Director of Education, Robin Reumers, to elaborate on the effect of taste and personalities on music:

From technology to personality
I always have been fascinated by other producers and engineers. For many years I studied their methods and have tried to discover which tools they used. Starting out, I felt this urge to learn all the available tools such as compression, eq, reverbs, effects. And while it is essential to know each tool available to you, there is another important aspect to music production and engineering that often is overlooked.

It took me many years to realize the innate effect YOU have on the music you’re working on, even subconsciously. Taste and personality come into play when it comes to music production and engineering. But there was one particular moment when it became apparent to me.

Being different
I have been extremely fortunate to have had mastering engineer Bob Katz as my mentor. Bob is a real purist and audiophile at heart. He loves to figure out how to keep the acoustic performance of an instrument and not to harm it in any way. A dear friend and colleague of mine, Emiliano Caballero, had mixing engineer Michael Brauer as one of his mentors. I think you could say Michael is on the complete opposite side of the spectrum, as he famously says, “I do not care how it sounds, I care about how it makes me feel.” Less of a technical purist approach, but needless to say, hugely successful and a source of inspiration.

And then at a certain point, when Emiliano and I decided to mix a record together, I realized his approach was so completely different from mine. That day things started to fall into place. It was at that moment, that I realized how our different personalities affected what we liked. Take me for example, I’m not a risktaker. Most of my decisions are taken after a lot of deliberation, because I care a lot about what other people think and I love making people happy. Emiliano on the other hand is more social and has the tendency to be slightly impulsive.
You can see it by the way that we dress! I am not interested in the latest fashion where Emiliano, on the other hand, loves his ripped jeans and leather jacket.

Now how does that translate to the way we mix? Emiliano loves working on broad strokes, throwing things out there, doing unorthodox things, looking at how to abuse the tools we have. I am much more subtle, I love tweaking reverbs and delays and doing gentle automation of 0.5dB steps. I love going in there and perfecting each move, hence Emiliano’s nickname for me, the “tweaker”. 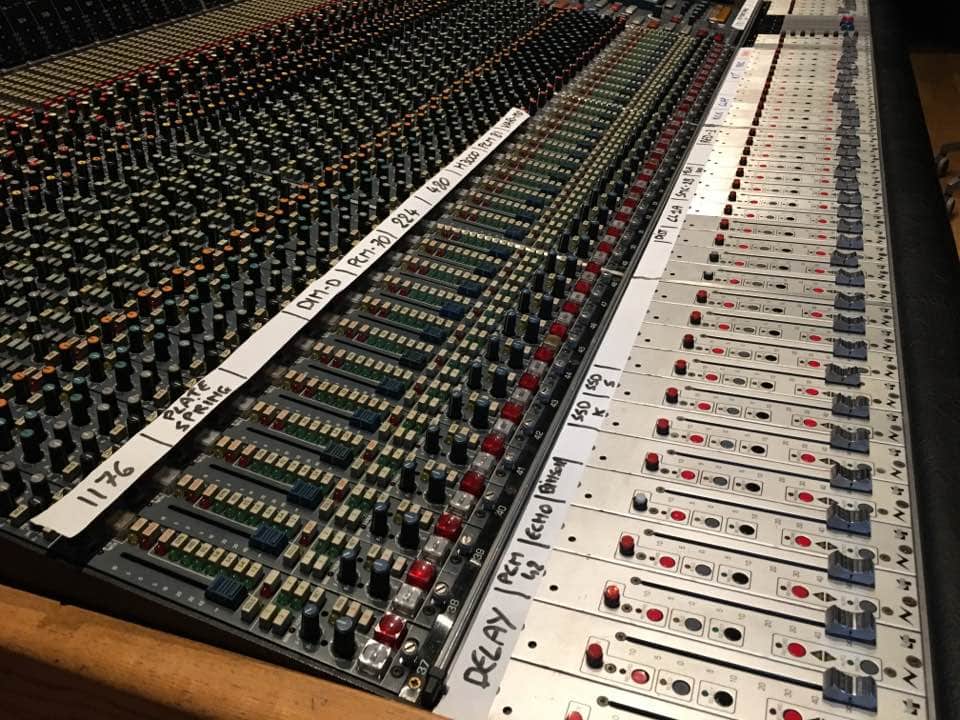 The start of the mix session with Emiliano.

Working with other producers
Having come to this realization, there are now moments where you are working with another producer, and you might want to limit your own “personality” or “taste” and try to respect the complete vision of the producer. I discovered that the more I am starting to discover myself, the easier it becomes to understand somebody else’s personality, taste and view on music.

Mixing is like cooking
I love comparing mixing with cooking, adding different spices to make the food taste like what you have in mind, giving you a unique experience. Practice is crucial, and the more you do it, the better you’ll become. Comparable to music, you also have these different personalities among cooks. Let me try to explain; I came across this article that resonated with that thought. Giving cooks stick to tried-and-true, classic comfort food. Competitive cooks are all about impressing their guests while innovative cooks are into experimenting with different cooking methods. Do you see the similarities with producing or mixing?

When you analyze interviews with top engineers like Bob Clearmountain or Al Schmitt, you’ll notice it’s not about the gear, it’s the ear. They’ll often say, “Well, I just twist knobs until it sounds good.” Then what’s the difference between them and us? It’s the sound they had in mind. They decide in their minds where they want to take the song. The sound they hear inside their head is influenced by their own personality, taste, and is also typically amplified by the culture surrounding them.

The importance of communication
Whether you’re a producer working with an artist or an engineer working with a producer, communication with all parties involved is critical. Add to that A&Rs and managers who each have their own opinion and personal taste. Sometimes, there is quite an art to navigate between all these different personalities.

For example, an artist might give you feedback on a mix and say the song is lacking midrange in the instrumentation. But maybe he or she actually subconsciously means that the vocal was a bit too loud. Every person involved in the process will have their own way of expressing what they hear or want to hear, and it’s your job to figure out how to translate that and make it happen.

That’s why you see a lot of producers who often work with the same engineer on multiple projects because they’ve built a strong relationship and understand each other. For me, understanding the message of the song and realizing the emotion it’s supposed to evoke is of utmost importance. That’s where I’d like to start when mixing or even mastering a song.

Opposites attract. Or not?
Then you can take a closer look at your own personality. Most likely, you will find out that your music taste complements your personality. Which other people like the same kind of music as I do? What do we have in common or how are they different? Start to wonder what is it that attracts you to a particular song. When looking for artists or producers to work with, it’s worth to look at their taste and style and see if you fit in. If you have opposite views and tastes, the relationship might not work, OR you might bring to the table exactly what the other person was looking for.

I hope this article can be helpful to you. It was not written to be the absolute truth but instead I hope it makes you think about things differently and be more open to other perspectives and opinions. And of course, keep finding the joy in all of this and love what you do!