The Blurred Lines of Production

Some of us reminisce about the days where bands would spend months in the studio working on one album, while other producers flourish in these modern times. They are happy to be working on different projects at the same time and collaborate with colleagues from all over the world. What are the pros and cons of this shift? And how do we deal with the challenges of the new ‘musical’ world order? In this article, we take a look at the major changes that have occurred in the production process, plus we share some practical tips that you can apply in your own workflow.

The 70s, 80s and 90s are seen as the golden ages of recording where studio time was limitless. Booking a large studio was the norm. Recording studios would come equipped with a whole crew of recording engineers, assistants and runners, and they were booked for different sessions morning, noon and night.

Fast forward to 2019 and Billie Eilish’s “When We All Fall Asleep, Where Do We Go?” was recorded and produced at her own home together with her brother. While longer sessions in large studios still exist, more and more modern productions are produced in “home” studios, made possible due to the constant evolving digitalization of the music industry. As such, producers are now expected to be a Jack of all trades or at least be familiar with the many aspects of production: from writing and arranging to engineering and even business.

Decades ago, a band like Fleetwood Mac never needed to worry about consuming too much precious studio time. Hell no! If a band member presented a song they had just come up with they had plenty of time to actually create that new song in the recording studio as if they were jamming in a rehearsal room. 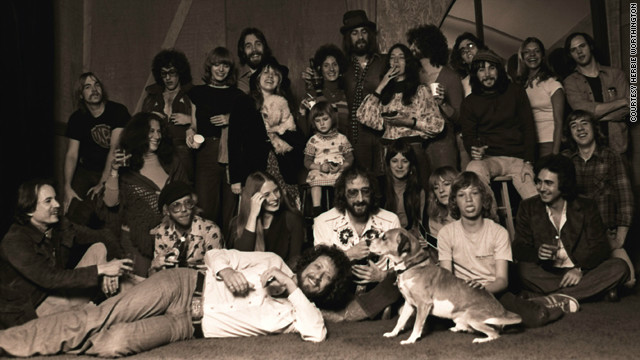 Bands didn’t hire a professional studio including sound engineers for just a few days, but for weeks. Or even months. The producer and engineer were there as well to record all those new ideas. Typical studio sessions might include writers, arrangers, producers, engineers, assistants and runners. They were specialists in their field and knew exactly what was expected of them. After finishing the song, it would still take months to re-record and overdub. After perfecting every nuance of the recorded performance, and taking a lot of time to reflect, the editing and mixing part started. The tapes were reviewed using all kinds of speakers, at home and in the car, before finally sending it to a mastering engineer.
Every part of the process had its own place. Neither money nor time was an issue and everybody in the studio knew which role they had.

If you looked up a Grammy credit fifteen years ago, maybe ten people were involved in making the album. Nowadays, however, it is not unlikely fifty people are working on one album, with combinations of different writers, producers, performers and engineers.

Also, the lines between different job titles in the music industry are much more blurred. It is hard to say where the sound engineering job starts and the producer’s job ends. Some mixing engineers also master and many producers can manage the recording process themselves and help the artist writing the song. A lot more people seem to be involved in every stage of the creative process.

The simple reason bands recorded whole albums in a studio in the past is that the recording technology was not available at home. As long as budgets were there, everything from writing songs to rehearsing and recording was done in a professional studio. But with advances in technology, A&Rs slowly started to realize that big budgets were no longer needed to record hit songs.

While music consumption is higher than ever, the perceived value per song or record has now decreased. Budgets have diminished and it seems like the days of spending three to six months in a big studio are largely over. Studio time is considered extremely valuable, so many artists only book studio time for those things they can’t record professionally in their home studio.

All the available technology makes international collaboration possible. The beautiful part of today’s production workflow is that one day you can be working on a classical recording with artists in New York, next day a track from a Swedish metal band.

A typical pop album involves parts from so many people with various cultural backgrounds, made in different corners of the world. All those engineers and producers are working from their own “home” studios, with a various arsenal of DAWs and plugins.

Not only have budgets shrunk and the average time spent in a professional studio decreased, but people are consuming more music now than ever and in a different way than thirty years ago. Due to the downfall of the classic CD and the rise of streaming platforms like Spotify, Apple Music and TIDAL the way artists and producers release songs has changed. The focus of working on an entire album and then releasing it at once has been replaced by releasing multiple singles, which eventually end up as part of an EP or Album. The times where albums like “Darkside of the Moon” stayed in the Billboard album 200 charts for 937 weeks – two and a half year – seem to be over. Having your track added to playlists has become a priority. Staying relevant is key and keeping fans engaged with new music is a must.

The well-known drama that occurred during the recording of the Rumours album contributed to the magical sound of it (see footnote). That drama became a part of the album. Creating a song from scratch, together in a studio with human interaction, whether they were getting along or not, is a different approach than recording melody parts at home and then sending it to other musicians and producers all over the world. The whole process of telling a story has changed.

There are still major artists planning albums years in advance with a personal team and strategy behind them. But, for the majority of artists, creating songs and albums has become a lot more sporadic. People from all over the world collaborate on different songs, EP’s and albums simultaneously. People have the availability to work on twenty different projects at the same time, all in different stages of the process. It is fun, but being well-organized becomes more important than ever. Let’s discuss how we organize our projects and keep our heads clear.

Getting Organized – A practical approach

As a producer, you might work in a particular DAW and collaborate with someone else who uses another DAW. They might be missing certain plugins you have. How do you then exchange projects and work together? Imagine sending a song to be mixed and realizing they can’t even open it? Technology has caused us to have choice paralysis; choosing the final sound of your virtual piano or synth or having 3 kick drum choices, at some point someone has to make a decision.

While there is no one-size-fits-all solution an important tip would be to try to commit your tracks as soon as you can. Commit that track but make the original hidden and inactive. That way, let’s say, you have a track in Pro Tools with a virtual piano and you need to send it either to a mixing engineer or another producer that edits the drums, who might not have all the libraries you have, you can! And you can later always go back to the original if you really need to change something drastically. If you then need to send the vocals to someone for tuning, bounce the instrumental part and add it to the vocals in the session. In this way, the tuning engineer can focus just on the vocals and doesn’t need to worry about anything else in your session.

Create a proper folder structure and use a backup system that allows you to go back to sessions from five to ten years ago. Even projects that have been released might require a remix in a few years. So, make sure that when you do get that phone call in five years time you will be ready and seem reliable.

Pro tip: keep actual notes of the project inside of your project folder. Possibly include copies of communication with the artists so when you go back to it 5 years from now. You’ll be able to recall exactly what has and hasn’t been done to it.

Working on projects will most of the time stay quite fluid, but our industry isn’t the only one facing this new way of working. In the film industry, they used to have the “picture lock”, the moment the offline edit was done and approved by all parties. At that moment VFX, audio and the whole post-production team would get started. Crystal clear! Yet nowadays, you could still be receiving new edits many weeks into the mix. So again, being organized is an absolute must in wavering through these new times.

Challenges aside, we simply cannot ignore the positive aspect of being able to work with whom we want, whenever we want. Music allows us to communicate our thoughts and feelings and the ability to achieve what we have in mind has been greater than ever. To collaborate with so many people, each with different expertise and perspectives creates more opportunities than ever before!

Written by Robin Reumers & Yoma Schertz
Footnote: In case you’re interested in reading more about this historic topic, we highly recommend “Making Rumours” by Ken Caillat, a book about the process of making one of the most famous Fleetwood Mac albums.

Taste & Personalities in Music
Virtual Open House
Book A Call
Fill out the form below to download our prospectus.
Categories
Recent posts
15/04/2021
Using Different Speaker Systems
Read article
22/12/2020
Our Scholarship Winners
Read article
09/11/2020
Meet the team: Director of education, Robin Reumers
Read article
This site uses analytical cookies to improve your experience on our website. You can read more about our how we use cookies in our privacy policy. Please accept to confirm we have your permission to place additional tracking cookies:YesNo