Nico Avella is yet another star to grace the halls of the Abbey Road Institute in Miami. A Berklee College of Music graduate and, at the time of writing, a soon-to-be graduate from our Miami Institute, Nico is a songwriter, producer, guitarist, and sound meditation practitioner. He has played the guitar since elementary school and remained an artist throughout high school.

Nico and friends later formed the band ‘Cactus Island’ in college, which has since separated. The 24-year-old has added sound healing to his portfolio. He considers himself both an artist and a healer and is working on a new mediation project. Of course, we wanted to learn more! We recently had a chat about how music has shaped Nico’s spirituality, and this is the edited interview:

Hi Nico! How did it all start for you?

It all started with the game Guitar Hero, which I got when I was ten. That introduced me to classic rock, which I fell in love with. I wasn’t that interested in music before that. Then, a friend challenged me to a Guitar Hero battle one day, which I won. After I kicked his ass, he quipped that at least he could play a real guitar.

That remark made me think, and I soon realised I was pressing plastic buttons when I could be playing the real thing. So, I got into real guitar. My first lessons were with my brother and grandpa, who were also musicians. I slowly fell in love with playing the guitar. In elementary school, a teacher called Mr Awesome offered to teach us guitar one day. That’s when I started taking more formal lessons. I would say that was the start of my journey.

And how did the songwriting come about?

My love for music grew exponentially. While getting guitar lessons, I also started doing different extracurricular activities related to music. I would perform and play the guitar with my friends in bands we formed. I started going to rock concerts with my dad and immersing myself in the world of music.
In music, I found something that I was actually passionate about. It gave me a way to express myself. I had tremendous social anxiety as a kid, and I found it very difficult to express myself through language. So, music gave me the courage and confidence to express myself.

I started writing songs in high school. I wrote to express the existential angst that many teenagers go through when they realise the absurdity of particular social and cultural institutions. Questioning those things and trying to find the meaning of my life led me from playing the guitar to songwriting.

What made you enrol at the Abbey Road Institute in Miami?

My dad discovered the Abbey Road Institute while researching different music graduate programs. It sounded pretty interesting, but I wasn’t too keen on it initially because I wanted to go to New York. But my dad encouraged me to apply, so I filled out the application.

I was shying away from the music industry because I thought it lacked love, meaning, and purpose. When I met Julio, I was amazed to find a person who’s established in the industry and understands these core messages of humanity, love, and acceptance. And so, that really made me interested in the program. 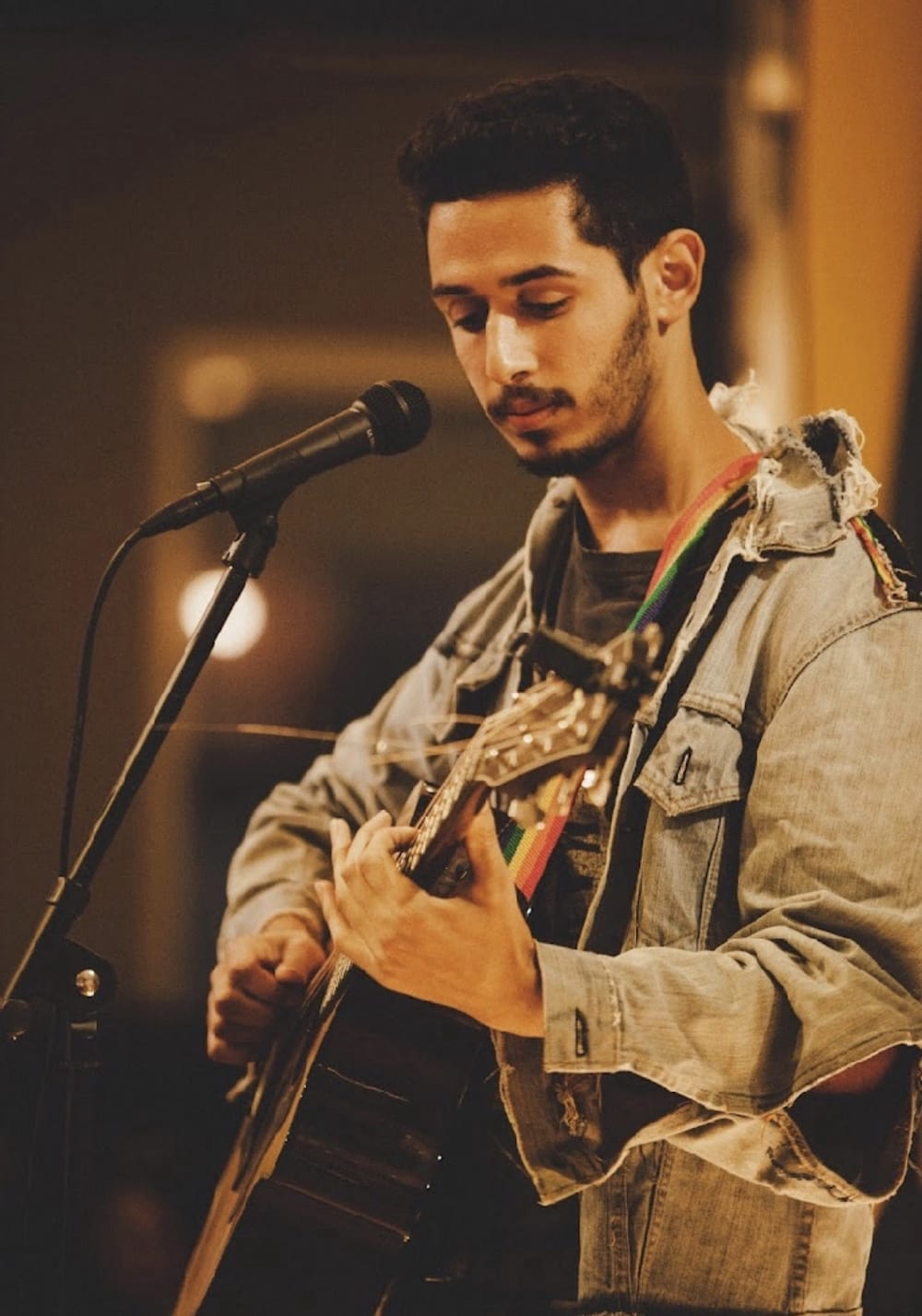 Nico is a songwriter, producer, guitarist, and sound meditation practitioner.

And where did the sound healing practice come from?

Music and spirituality culminate together. Finding music as a way to bypass my social anxiety led me to a healing path. I still had social anxiety after high school but never felt it when playing music.
I discovered meditation when my mom played Eckhart Tolle tapes in the car. At first, I thought it was the most boring thing, but I think it seeped into my subconscious. Then, one day I watched one of his videos online, and he described exactly what was going on in my head. He said depression and anxiety don’t have to control you, which was earth-shattering for me. So, I discovered that aspect of meditation.

Then, I read ‘The Music Lesson’ by Victor Wooten. Wooten talks about the spirituality of music and sound. He talks about how music can be used to bring people together and facilitate well-being and healing. I realised I could use music and sound frequencies to achieve psychological well-being. And that’s how the sound healing thing started.

Connecting with my spirituality changed my life. I went from being a super depressed nihilist to being in love with life and admiring the beauty of creation. Listening to sounds that would typically anger me changed into finding the expression of vibration in them.

Currently, you’re working on a meditation project. How did it all come together?

The sound healing recording has started. I started playing around with sound bowls and doing sessions for my friends who were stressed out. I noticed that it would make them feel a lot more relaxed. So, I started doing that for artists at Art House Academy too. Seeing how sound meditation helped my friends made me more passionate about the practice and more confident in my ability.

At the same time, a therapist I know asked me to make customisable recordings for her patients with various mental afflictions. The two of us would collaborate on those recordings. I also offer customisable sound-healing recordings for mental health institutions and people suffering from depression, anxiety, insomnia, etc.

My friends here at the Institute started telling Julio about sound meditation, and he loved the projects I did with the therapist. He said he wanted me to make more of those recordings and possibly release them through Art House. We’re currently doing an EP with three different recordings of varying lengths. It’s meant to lead the listener on a journey to promote psychological well-being. I feel really blessed by this opportunity with Julio.

What do you want to achieve with the project?

I want to help as many people as possible with their psychological and emotional well-being. People are beginning to realise that mental health is essential, and we’re not repressing emotions anymore. Repressed emotions always come out unconsciously, causing harm to us and those around us.

I envision a society filled with more love and acceptance. I know there’ll always be turmoil and conflict in society, but I want to do my part to share as much love and happiness as I can. There’s a reason that the child version of myself felt alone and unable to communicate, and I don’t want other people to feel that way. 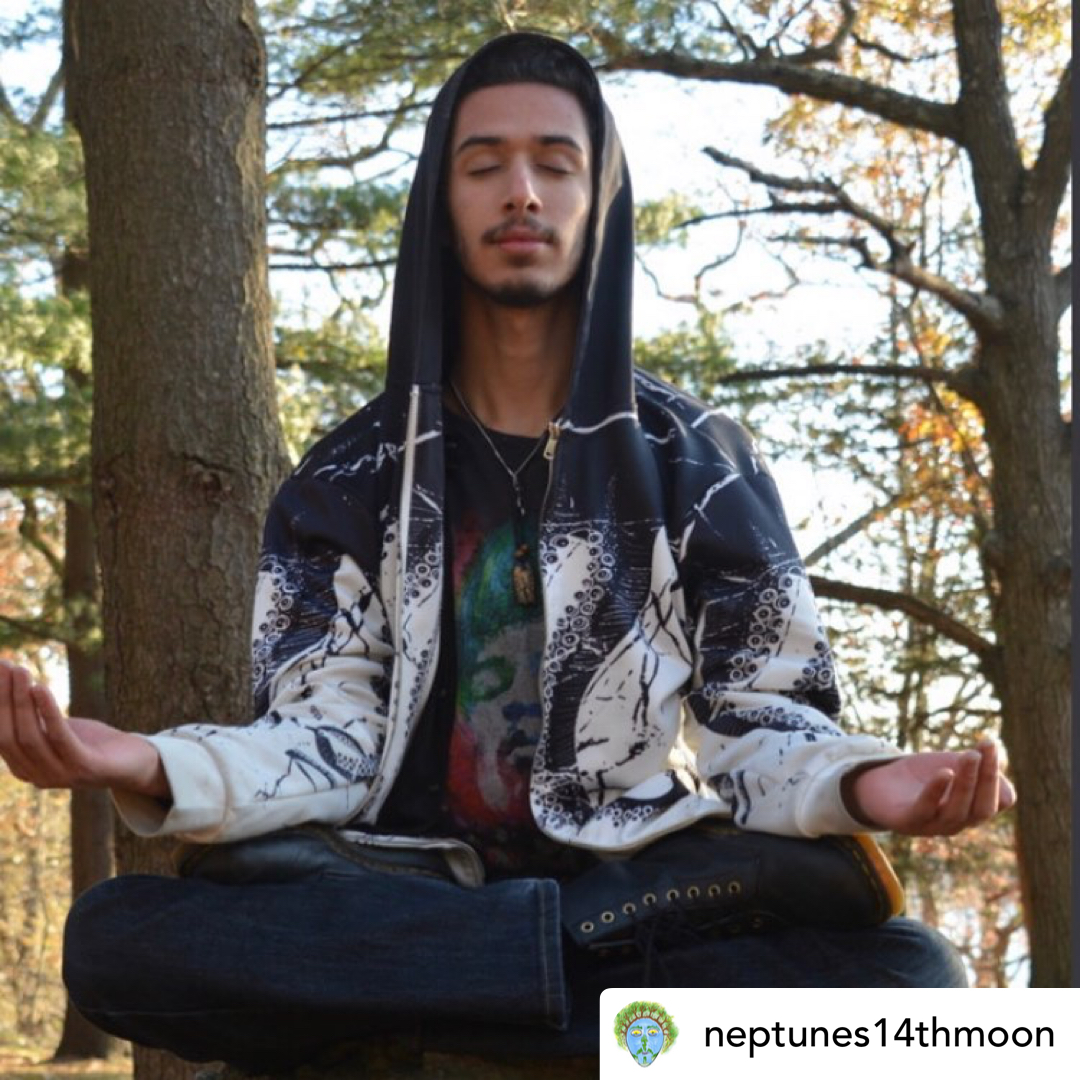 That’s beautiful, Nico. And what makes this so important to you?

It’s the thing that makes the most sense to me. We know that music is one of the earliest expressions of humankind, and it’s deeply embedded in the human psyche. Besides that, everything is made up of vibrations. So, music is powerful within human culture.

I think there’s an intuition about music that leads us to the nature of our truest selves and that of the universe. We’ve been disconnected from that for a very long time, and music is a great way to get back there.

When you’re playing music or listening to your favourite artist, you’re not delaying your happiness. Instead, you’re immersed in that experience and feeling the blissful nature of simply being in the moment.. I want to get at that with my music. Through the power of music, I want to teach people how to live from a place of peace and happiness.

Who are your biggest musical inspirations?

Jeff Buckley. His 90s album ‘Grace’ influenced a tremendous number of musicians. But I mostly love him because of his onstage fearlessness. He was not afraid to go into areas with his singing that people might consider strange. He used his voice to create an atmosphere and air of authenticity. And when an audience sees the musician being totally authentic, they let their guards down and immerse themselves in the music. It allows the audience to merge their emotions with the artist’s, which is beautiful. It’s what I aspire to as a musician and as a person.

You’re about to finish the program in September. How has this year been for you?

It’s been incredible. The depth and variety of what they offer here are amazing. We’re learning many facets of music, from producing to mixing and mastering, to film sound to business, to live sound, to Ableton and Synthesis; it’s amazing. And Robin and Julio bring in incredible talent. They bring in people from the industry who are well-established and super passionate about what they do. So, it’s great to be in their presence.

Being around Julio Reyes is magical, especially when he’s playing the piano. Getting to watch him work and having real-time feedback is incredible. I’ve had similar experiences with Robin and all the other lecturers.
There are great technical aspects, but it’s the energy that I really admire about this place. You feel tremendous love and acceptance here, and everyone is incredibly professional. There are good people who want to share their wisdom because it brings them so much joy. And it’s effortless for them to show us the ropes. That’s what I appreciate about being here.

What is the main takeaway from your year at the Institute?

It’s to be open-minded and authentic to yourself. I’ve noticed that fear, self-denial, and insecurity can get in the way of learning. At the beginning of the program, I closed myself off from many opportunities because I didn’t trust myself. I slowly learned that I didn’t need to prove that I was good enough.
I’ve learned that insecurity can impede or limit your learning because of your foundation and impetus for growing become fear- and pride-based. You learn so much more if you come from a genuine place of curiosity and passion.

Nico’s sound healing EP – Journey into the heart of awareness – is coming out soon. Be on the lookout for the release date here [TBD!]. The EP with his band Cactus Island will also be out soon.

Meet our students – Joaquina Blavia is a Venezuela-born Miami artist and singer-songwriter taking her music career to new heights: https://abbeyroadinstitute.com/miami/blog/joaquina-blavia/