We are incredibly grateful for the news that our Campus Director, Julio Reyes Copello, won this year’s Latin Grammy for Producer of the Year.

Producer of the Year

Julio Reyes Copello is a well-respected producer in the Latin music industry, known for his ability to create hit songs that resonate with audiences worldwide. At the recent Latin Grammys, he was awarded the Producer of the Year award, recognizing his outstanding skill and creativity in producing albums and songs that significantly impacted the Latin music scene. This award is a prestigious honour and highlights his achievements in the industry and his talent in bringing to the table albums and songs that are not only catchy and well-produced but also meaningful and engaging.

Besides winning this important Latin Grammy, Julio also was the musical director for the show, which took place in Las Vegas on November 17th. Considering this was the first year of our programs here in Miami, combined with directing the music for the show and winning the most important Latin Grammy for a Producer, it has been a fantastic year for our team, and we couldn’t be more thrilled about Julio receiving this well-deserved award. 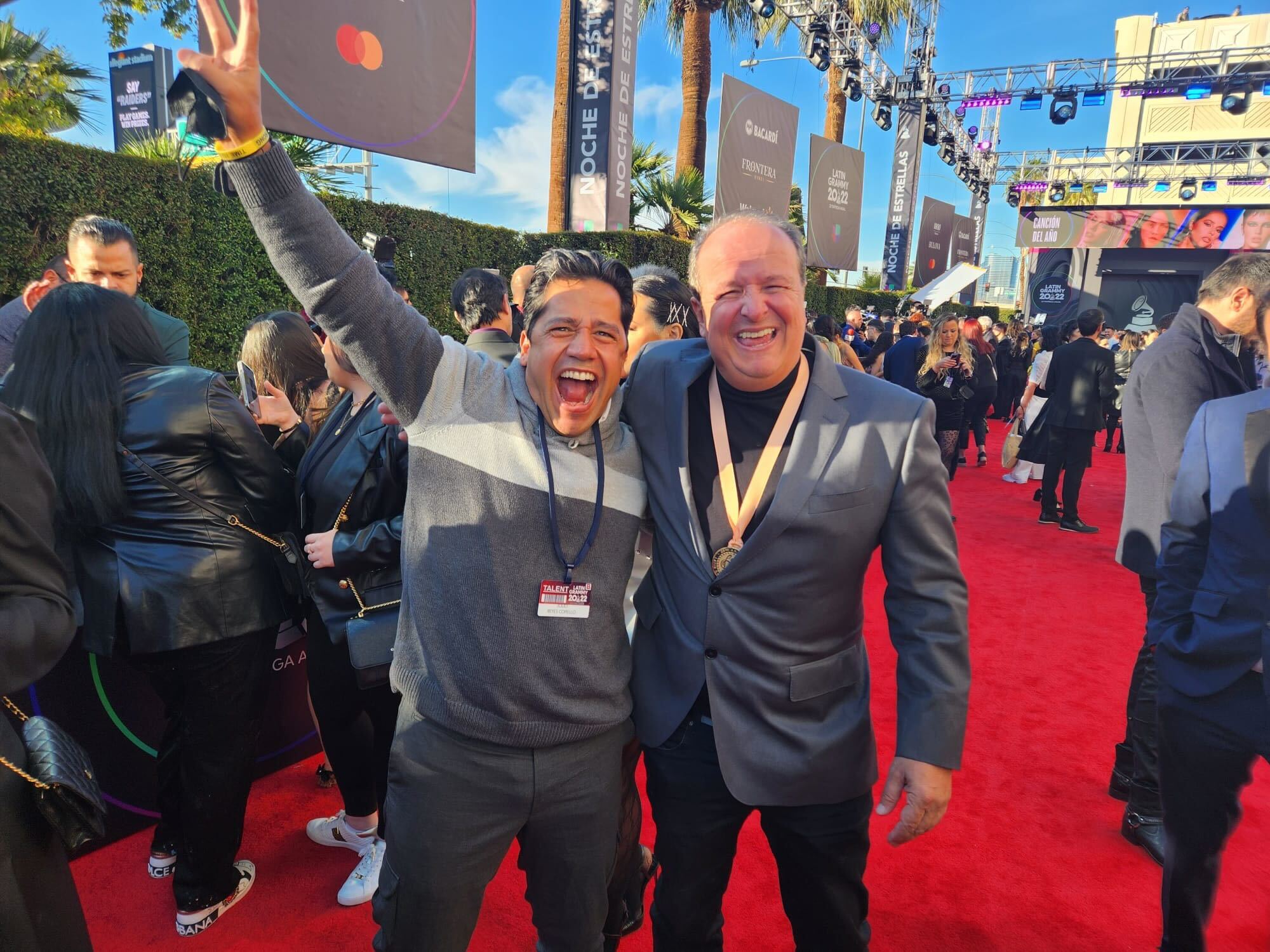 Watch the acceptance speech by Andres Recio, Julio’s manager and part of our faculty: on Instagram

Meet our students: Nico Avella’s music-centred healing journey
Launching an Artist
Book A Call
Fill out the form below to download our prospectus.
Categories
Recent posts
23/01/2023
Meet our students: Kevin Aguirre's Path to Music Production Success
Read article
10/01/2023
Launching an Artist
Read article
03/12/2022
Latin Grammys Producer of the Year - Julio Reyes Copello
Read article
This site uses analytical cookies to improve your experience on our website. You can read more about our how we use cookies in our privacy policy. Please accept to confirm we have your permission to place additional tracking cookies:YesNo