As we closed out 2022, this was an excellent time to reflect upon our first graduates and share the many things we learned. These insights will be helpful for artists as well as producers and engineers.

When the Art House Academy & Abbey Road Institute Miami opened, our goal was to foster a synergistic relationship between our Music Performance and Music Production and Sound Engineering programs. The Art House Academy program focuses on training artists, while the Abbey Road Institute program focuses on training songwriters, producers, and engineers.

Instead of simply providing education, we aimed to give our students opportunities to work on projects that have the potential to be commercially successful. This approach not only allows students to build a strong portfolio but also helps them establish a valuable network in the music industry.

In our first cohort of students, we are proud to announce that five of our artists were signed to a record deal with Universal Music. They have since released the first songs of their debut EP, and we have learned a lot from their success. This is a testament to the effectiveness of our approach in providing real-world opportunities for our students.

Please meet the 5 artists, who graduated from the Music Performance Program through the links below: 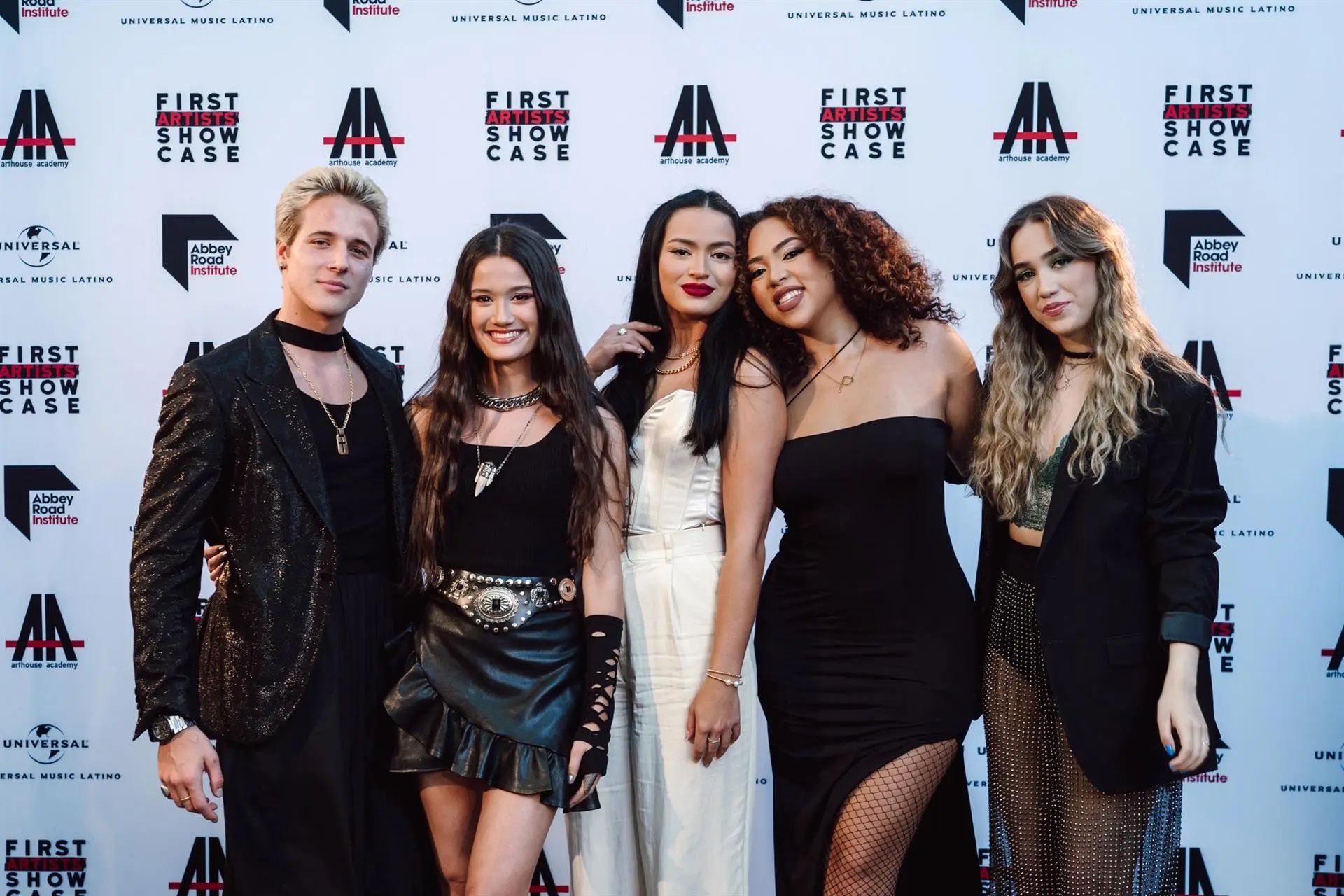 Besides the 5 talented artists, we also have Juliana Perez, who is the 6th graduate. She will be releasing her music in 2023.

It was an amazing journey for both our students and the team. Here are some of the key takeaways that we want to share with you:

With more than one hundred thousand songs being released each day on streaming platforms, it’s hard to get your songs the attention they deserve. Instant album launches have also been reserved for the very successful who already have a huge follower base. For most artists, the album or EP launch will be the one that closes out the cycle of single releases. And this comes with a challenge: on the one hand, it helps to have lots of content available so that once one of the songs catches on, there is enough for the listeners to listen to and consume. On the other hand, releasing a bunch of songs without a clear plan typically doesn’t result in anything (unless you already have a big audience).

And this is where it gets more ambiguous since you need a lot of content between already-released songs and upcoming content. We strongly believe it’s essential to focus on the art and the message and make good music. Julio Reyes Copello, our Campus Director, once told us, “We just don’t do fillers”. That’s important, and that’s why it helps to have a significant and robust team to keep helping you create unique content. Over 73% of streamed music is catalogue music, and the way for your music to become the future catalogue music is to write great songs that don’t age.

Understanding your target audience is vital to creating a strategy, and this is relevant for more than just marketing. For example, Dave Pensado, one of the mentors of our Scholarship program, mixed 2 of the songs that were released: Como Es Que Tu and Freno. What’s interesting is that when he first spoke to Kevin Aguirre, one of our graduates and producer of Como Es Que Tu, he asked, “What is your audience? Who will listen to this song?”. His mix focused on the streaming generation, and the balance/compression/loudness were all affected by that discussion. So, as part of the mixing process, it’s essential to ask yourself the question: “Who do you want listening to your music?”.

The beautiful thing about today’s industry is that it has become more and more democratic. Whereas you needed significant investments in the past to break through, a song can go viral on TikTok without a considerable investment. This happened to Ela Taubert’s first release Crecer.

And this is where it gets interesting: becoming viral can technically happen to anyone since the TikTok algorithm was the first in social media that even if you don’t already have a lot of followers, you can still create a lot of traction. The TikTok algorithm will show videos from “unknown” people to a small batch of random people in the first hour of posting the video, and if the response was positive, it will show it to a bigger group. With other platforms, you’d have to boost your post to show it to a bigger audience, which would require an investment. TikTok’s algorithm is constantly evolving, and no one knows where it goes from here. Still, with the new generation wanting authentic and relatable content, this is excellent news for artists with great stories to tell.

Start with a plan

Having a plan but also being flexible to adapt and adjust is crucial. As I mentioned before, when you create traction with one of your songs, you need to have new ones ready to capitalize on that opportunity. Social media strategies have become a vital part of this planning. The songs with the most significant build-up before a release are typically the most successful. This also requires planning. For example, on the day of your release, if you’re going through a label, you can typically select a 1min segment of your song that becomes available on TikTok. It would help if you thought about which part makes the most sense. Beyond that, you could ask your label to make a 15-30sec snippet available on TikTok weeks or days before the release. This could help you build momentum: starting with an acoustic version, the teaser snippet, and the release.

For that, it is vital to come up with a plan for deciding which snippet to release and when. It can’t be a spur-of-the-moment decision and needs to be planned carefully. Social media also works best if you keep feeding the algorithm and are consistent in your posts. You can’t create 3 posts in one day and then don’t post anything for a week; consistency is key and will allow you to grow your audience.

When you start your career, it’s unlikely you’ll be able to go on tour immediately. Promoters won’t be able to work with you until you show that you have a big enough audience in each city to sell tickets to. And here, everyone’s career will be different, with different paths to take. During our program, we did a lot of in-house events where the artists got to perform their songs and perfect their live shows. Then we also partnered with a location in Wynwood Miami (Crusoe), where once a week, 2 of our artists, as well as associated acts, get to go and perform in front of a bigger audience. This is a great experience and allows them to keep improving their live shows.

Then, of course, there might be opportunities for opening acts. In 2022, RIZA opened 4 shows for Humbé in Mexico, Joaquina opened for Servando y Florentino in Washington and Boston, and Fonseca in Caracas, Venezuela. These opening shows are excellent opportunities to grow your audience, especially if the main act has a similar audience compared to you.

Again, every artist’s path will be different, but it’s a great idea to keep working on your plan and build a great team around you. In the end, you’ll need people in different areas to help create your path in this industry: songwriters, producers, engineers, lawyers, PR, marketing, A&R and many more. The good thing is that you can start with minimal resources. Find a way to connect to your audience, and don’t settle for mediocracy in anything you do.