As a graduate of the class of 2022, Kevin Aguirre is one of eight students to have completed their studies at the Abbey Road Institute in Miami. He is a multifaceted artist who excels in production, mixing, and sound engineering. Kevin’s success in the field began when he won the Pensado’s Place Scholarship, which allowed him to study at the Abbey Road Institute. Since then, his career has been on the rise, including the opportunity to work with the renowned mixing engineer and Grammy award winner Dave Pensado.

We had a chat with Kevin about his career, and this is the edited interview:

Where did your musical career start?

It started when I found the electric guitar in high school. I then started attending a music school in Bogotá, where I discovered rock, metal, and bands from the 80s and 90s. This introduced me to the world of music.

I later joined a rock band, which changed the game for me. Stepping on stage with my guitar was a completely different experience. It felt like playing with people’s emotions and engaging them on a journey with sound. The way people interacted with it was magical.

I then went to college, where I majored in engineering and production. This allowed me to explore arranging, writing for bands, orchestral music, and directing shows. In 2019, I interned in New York with one of my mentors, Will Wells, who’s an absolute genius. He taught me how fast-paced this industry could be, and I learned a lot from that experience.

After finishing school, I became obsessed with the likes of Dave Pensado, Jaycen Joshua, and Josh Gudwin. I got really invested in production and mixing. Pursuing and merging all those paths made me a versatile artist. The final stage of this journey has been the Abbey Road Institute in Miami, with guidance from people like Robin Reumers and Julio Reyes Copello, who are both amazing and super versatile.

Robin taught me to be a bit more polished. I feel like I’ve matured a lot with the people at Abbey Road Institute Miami. I think more about doing what will contribute to the art itself rather than my ego. Robin has also helped me fine-tune all those details in mixing, and I’ve reached a different level.

You won the Pensado’s Place Scholarship to study at Abbey Road Institute, Miami.

How important was that for you?

It was really important because a course like this is equivalent to working in the industry for five years. It’s a good pace, and it’s very hands-on. We have unique opportunities, especially in Miami, because it’s an excellent place for the Latin industry. We’ve also had a chance to interact with publishers and artists as assistants during songwriting sessions. So, we immediately apply everything we’re learning.

The Institute offers a double course for artists as well. We get to write songs, and our mentors expect top quality. I feel like having these amazing aims and goals with Robin, and Julio is what makes us grow. They work with the best of the best. So, you keep aiming for that, and you grow faster because you learn more. 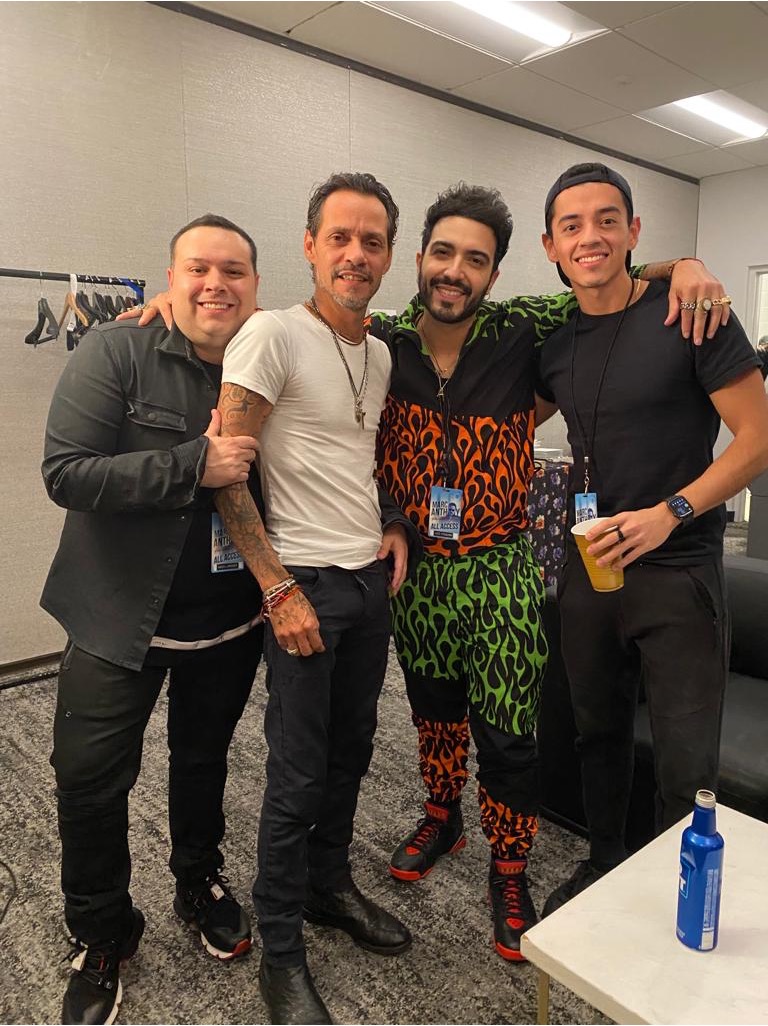 You’ve worked on different projects with students of the same cohort.

Could you tell us a bit more about what you’re working on?

Five of the artists that started the program at Abbey Road Institute Miami & Art House Academy were signed by Universal Music Latino. They’re each releasing EPs with five songs, and I was fortunate enough to establish a relationship with all of them and start writing from the very beginning. I ended up writing, producing, and mixing some of their stuff. I have at least one song with most of them. With one of the artists, I ended up doing the whole EP.
This has been a very liberating process because we’re able to compete in the current market thanks to the standards set by Robin and Julio. We’ve also had amazing studios to play around with and the best musicians in the world recording our songs. That environment has made the EPs a reality.

You also worked on some projects with our campus director and LATIN GRAMMY WINNING PRODUCER OF THE YEAR, Julio Reyes Copello

Yeah. Julio has studied each of us and what we can do better. I have good programming skills. And since I went to music school, I understand the theory. So I can combine music theory with sound design. Julio invited me when he wanted to add maybe some edginess to a project. He’s called me for a couple of big productions for artists he’s been working with forever. It has been super inspiring to see their workflow and to share those experiences.

That’s amazing. What has been the most valuable experience at Abbey Road Institute, Miami?

I’ve learned not to settle for the minimum or average in this industry. That’s how it works here in Miami. They’ve always seen us as professionals and as people with great potential. If the song needs better writing, mixing, or production, they will ask for more. That pushes you to aim for excellence, and it’s been very amazing. It’s also been great to share more experiences with the people behind the success of the institute, like Julio and Robin.

One of your productions has been mixed by your hero, Dave Pensado.

Can you tell us a bit more about that story?

The idea came from Robin when I was working on a mix for one of the songs in the program. When I asked Robin how we would mix it, he said maybe Dave could help us with the song. So, we finally made it happen. Dave would call me when he was working on the song. What surprised me most was that he treated me like I was Max Martin. He treated me like he had such respect for the art, the song, and my vision.

He would ask me for references and write down notes. This was an interesting experience because not many of the projects we had worked on were mixed by other big names from the industry. Having a guy like Dave is a different level of quality and creativity.

He made great changes to the sound, and in the end, it felt refreshing. I didn’t expect someone who has hit songs with Shakira and Cristina Aguilera to be so welcoming. Applying all that knowledge and instinct to what you’re doing is crazy, and I didn’t know I could do that. It was also a very human experience because Dave was extremely kind to me. 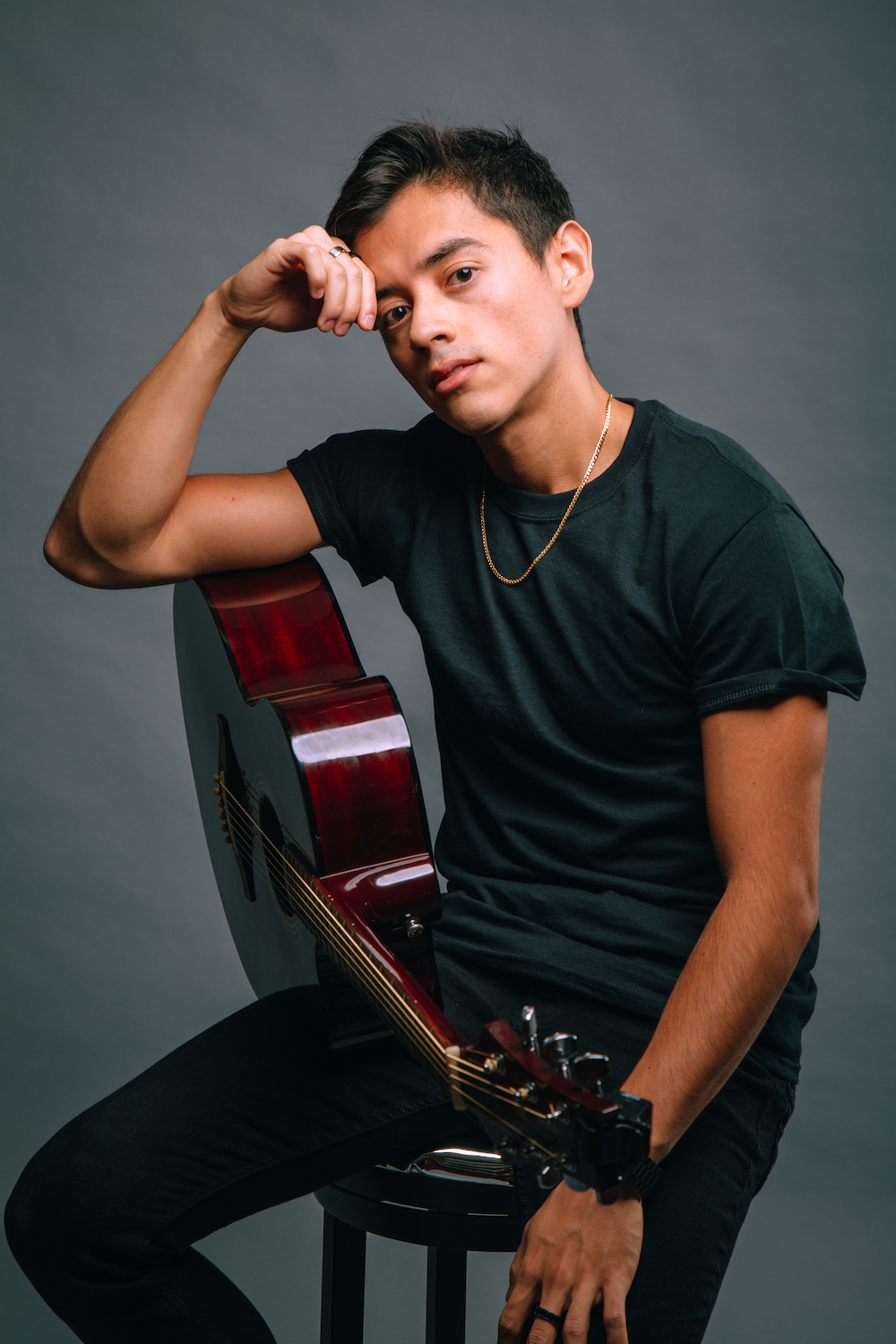 Kevin Aguirre, a multifaceted artist who excels in production, mixing, and sound engineering

Amazing! Coming from all the hats you wear, whether it’s engineering or musical, who are your biggest inspirations?

Max Martin inspires me for multiple reasons. He’s one of the most successful songwriters in the history of mankind, and he keeps up to date with trends in the industry. He’s been able to make great music that is relevant every decade while also helping new talent, which is truly inspirational.

I also look up to C. Tangana from Spain. He recently released a record that combines older genres from Brazil and flamenco from Spain. The whole album has amazing, with super edgy sounds and very well mixed by the best engineers. He brought Argentinian rock legend Andrés Calamaro and incorporated Latin musical elements from different eras. I think that’s so inspiring because the Latin industry is globalising and evolving.

You’ve had quite the experience so far. What is the best piece of advice you have ever received from someone?

Prince Charles Alexander, my college mentor, told us always to play the game. You have to understand what people like and cater to that. That allows you to add other elements to the game as well. He was always very adamant and repetitive with that. He’d advise us to stay relevant and understand music trends in each genre.

You are now an Abbey Road Institute Miami graduate. So, what’s next?

I want to focus on producing primarily. The songs I have with the artists at Abbey Road have been released or are about to be released soon. So, I’ve already graduated from here with amazing credits. For the next couple of years, I will pursue producing, getting credits, and making records that people like. I’m hoping to eventually transition into the artist side to explore more musicality, just like Zedd and Martin Garrix did.

Launching an Artist
Book A Call
Fill out the form below to download our prospectus.
Categories
Recent posts
23/01/2023
Meet our students: Kevin Aguirre's Path to Music Production Success
Read article
10/01/2023
Launching an Artist
Read article
03/12/2022
Latin Grammys Producer of the Year - Julio Reyes Copello
Read article
This site uses analytical cookies to improve your experience on our website. You can read more about our how we use cookies in our privacy policy. Please accept to confirm we have your permission to place additional tracking cookies:YesNo