Just like many of us, I’m sure you have experienced the following: you finish your mix in the studio, and then, later on, you listen to it in your car or on your iPhone, and you’re surprised to hear things that appear missing or over-exaggerated.

Then, you might have seen professional mixing engineers use 2 or 3 different sets of speakers or speaker systems and regularly switch between them while listening. However, did it ever occur to you that mastering engineers often only use one set of speakers? Why is that? And what are the alternatives?

And what about headphones?

In recent months, we’ve seen many new technologies allowing you to listen in multiple environments through your headphones. Slate VSX, Acustica Sienna, Waves NX, or Sonarworks SoundID are some of these manufacturers. Recently, this became an interesting topic of discussion among producers and engineers, so we decided to dissect this and go into a bit more detail and help you figure out what is right for you.

But first, let’s quickly go over the differences between mixing and mastering as it will help understanding why they gravitate towards different systems. Mixing engineers often work on one song or two songs a day, then come back and do revisions. Their goal is to understand the song’s emotional intention, its target and help deliver the message. That means a close understanding of how the end-user will listen to the song and explains the switching between multiple speaker systems while mixing.

A traditional studio for mixing might have a massive set of ‘far-field speakers’ (sometimes even horn-based and/or with a lot of power), often used to impress and “fill the room”. Situations like when an A&R or the artist is coming over, you want to ‘blow them away’ and powerful speakers can help with that. Then there might be a second set of speakers, maybe more analytical to do the fine-tuning in the mix, often called ‘near field speakers’, that allow you to hear all the music’s inner details. Then there might be even a third smaller set (like the Auratones or NS10s), accentuating the midrange more and representing how it will be played back for the “average” household. And then, there might even a smaller stereo set in a lounge somewhere or a connection to playback through Airpods.

Since you spend on average a day per song, you listen to it many times, so hearing it through different speaker systems is extremely helpful.

Now let’s look at the mastering process where you often work on ten or more songs a day. From that perspective, what’s essential for a mastering engineer, is consistency. Mastering engineers tend to go for one no-compromise full-range system that they know exceptionally well, inside-out. Also, they prefer working in the same room day after day and know all the intricacies of their signal chain, which allows them to make decisions instantly and with confidence. As a mastering engineer, you have a mental map of what to expect or how a particular genre should sound like. So when mastering engineers hear a new song, they know immediately that the low-end sounds too ‘boomy’, for example, or that the dynamics are not sufficient in the high-end, or that the high-end is not wide enough.

Mastering engineers also tend to listen at the same loudness level throughout the day, whereas mixing engineers will often vary; first listen softly, then loud while switching regularly.

What are the more affordable options?

Of course, not everyone has 100K or more to spend on speakers or speaker systems and acoustic treatment. The good news is that new technologies out there can be used as alternatives without breaking the bank. I’m not saying that if you get the opportunity of having your own room with fantastic acoustics and great speaker systems, then, by all means, go for it! But if not, and/or if you’re a starter, at least you can get a lot closer than ever before!

For instance, new and upcoming tools like Slate VSX, Acustica Sienna or Waves NX have produced headphone calibration files of multiple rooms and/or speaker systems that will tune them to your specific headphone model. So, if you have a popular headphone model, you can select it inside the plugin, and it will, first of all, calibrate it to make it flatter. Secondly, you can load your favourite room, car, or club from the available options, which will help you get an idea of how things will translate.

For instance, this is what Steven Slate says about VSX: “The VSX headphone system allows you to create your music in precise models of pro mixing studios, mastering rooms, car stereos, nightclubs, audiophile mix rooms, boomboxes, and more. From anywhere in the world.”

Sounds very appealing, doesn’t it? It might not even be 100% exact, but it gives you a very good idea of how your mix will sound like in different environments. 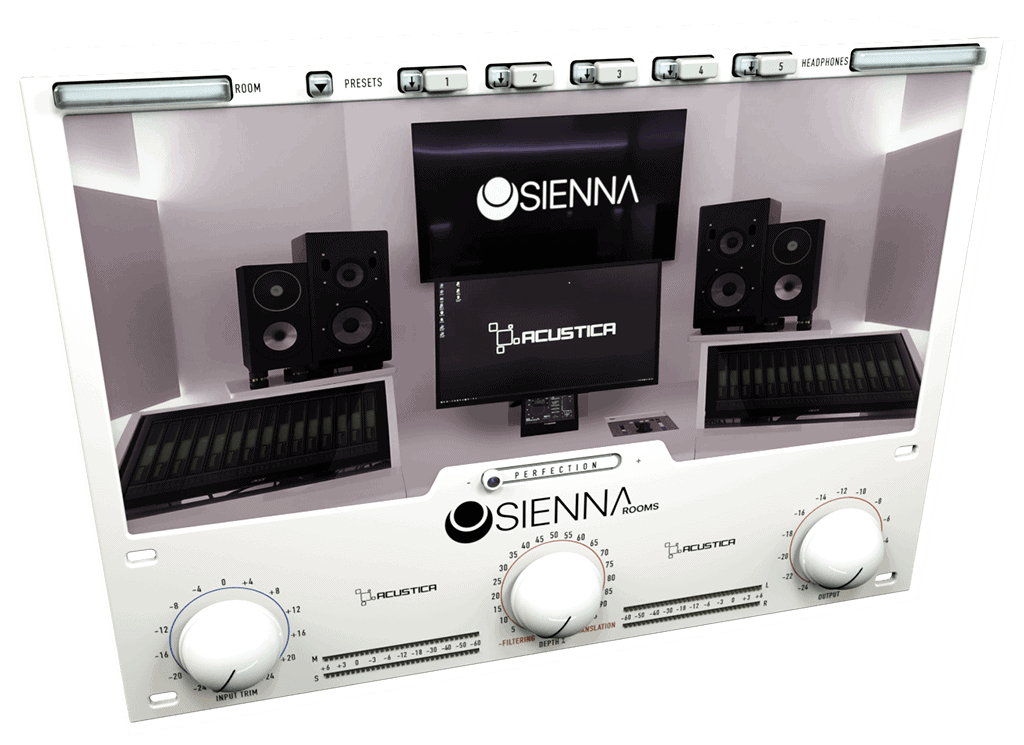 We hope this helps! But before we end this article, we want to share another small tip: Audre.io has this plugin/app that allows you to stream from Pro Tools to your phone. This option will enable you to stream directly to your iPhone / Airpods without having to bounce the session. Those of you using the incredible Audiomovers, the high-quality audio streaming application, can achieve the same. Worth checking while mixing.